As reported in AFLOAT.IE

This weekend saw a record turnout at the ILCA/Laser Ireland Leinster Championships 2022 hosted by the Royal St. George Yacht Club in association with MGM Boats.

90 sailors entered the ILCA/Laser fleet’s Leinster Championships in Dun Laoghaire this weekend making it the largest event so far this season for ILCA Ireland, the new name for the Irish Laser Association. With challenging conditions on both days for both the race management team and sailors alike, this turned out to be quite an eventful competition. 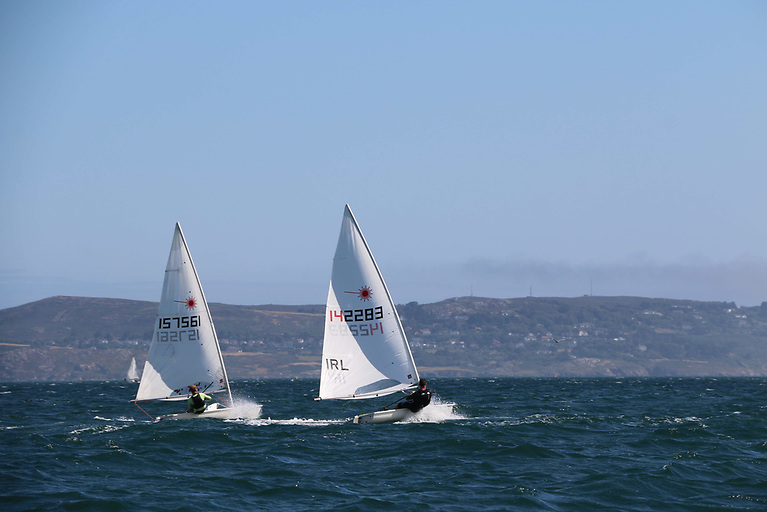 All the signs were that Howth’s Jamie McMahon would dominate the ILCA 7 (Standard) fleet, taking a bullet on both race one and two in 30-knot gusts on Saturday. However, an injury saw him retire on race three and cede the lead to Royal Cork’s Jonathan O’Shaughnessy who had achieved two seconds and a third. Dun Laoghaire’s Dan O’Connell won the third race and Saturday having scored a 6 and a 7 in the first two races. However, Dan continued his form into Sunday completing the hat-trick with two more bullets, giving him the championship. 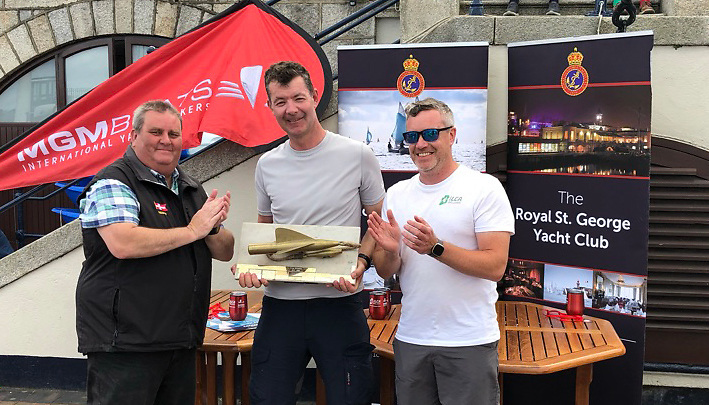 O’Shaughnessy, who only recently moved from the ILCA 6 (Radial) into the ILCA 7, finished one point behind and took the prize for first Under 30 and second overall. Daragh Kelleher of Skerries finished two points behind to take third overall. 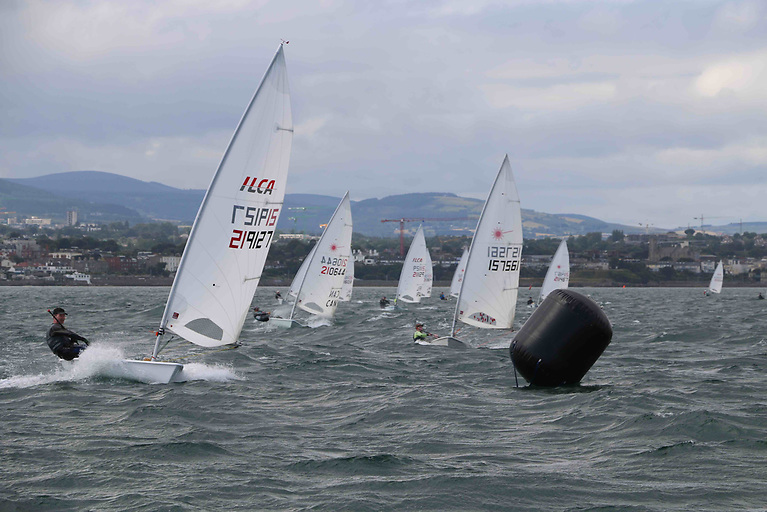 In the ILCA 6 fleet, it was a weekend for the ladies. The event saw entries from Howth’s Aoife Hopkins plus guest appearances from the world’s number one ranked female ILCA 6 sailor Vasileia Karachaliou plus Ukraine’s Sofiia Naumenko. These three took the top spots in all races across the weekend bar two; with the National Yacht Club’s Benjamin Reeser taking third in race one and the Royal St. George Yacht Club’s Sean Craig taking third in the last race of the event. Hopkins started well with a bullet in the first race of the weekend however Vasileia soon showed why she is the world’s top sailor, taking all bullets for the remainder of the weekend and winning the championship. Aoife finished second overall and Sophia took third place for Ukraine. 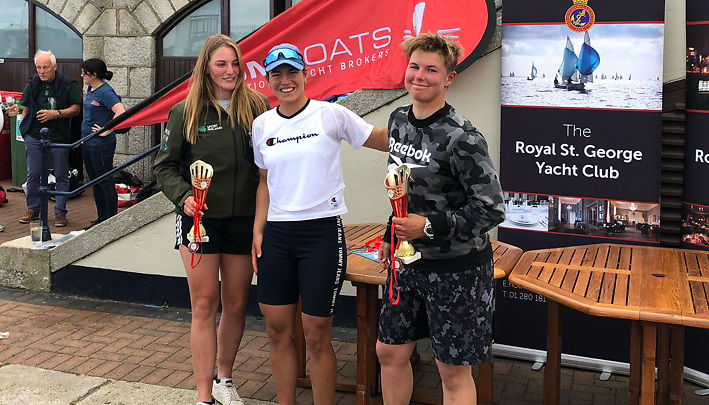 Benjamin Reeser, a USA athlete now sailing from the National Yacht Club dominated the male fleet across the weekend and was followed in the U30 category by East Antrim’s Tom Coulter and Tom Fox from Skerries. Meanwhile, Sean Craig who finished fifth overall led the Masters fleet. He was challenged by Australia and Royal Cork’s Robert Jefferies with just five points separating them at the end of day Saturday. However, Craig’s consistency on Sunday meant the trophy had his name on it by the time prizegiving came round. Conor Clancy of the Royal St. George Yacht Club was third master. 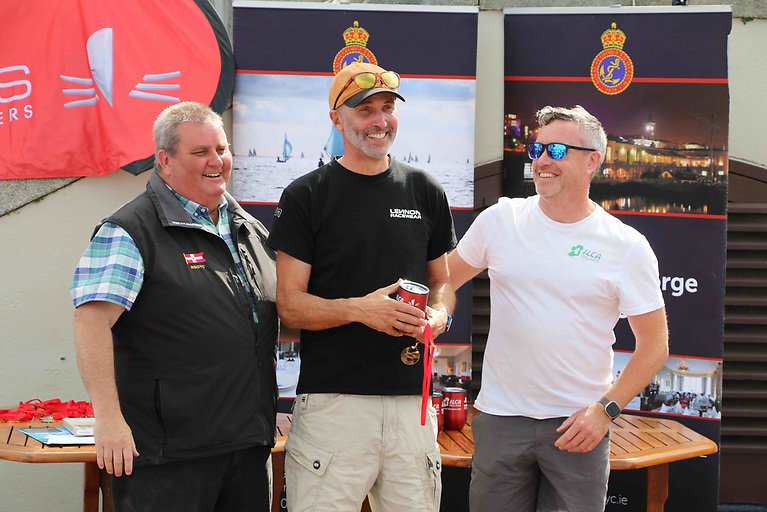 The ladies masters fleet had a tough weekend with the strong winds. Alison Pigot of the National Yacht Club took the honours, followed by Shirley Gilmore of the Royal St. George Yacht club. 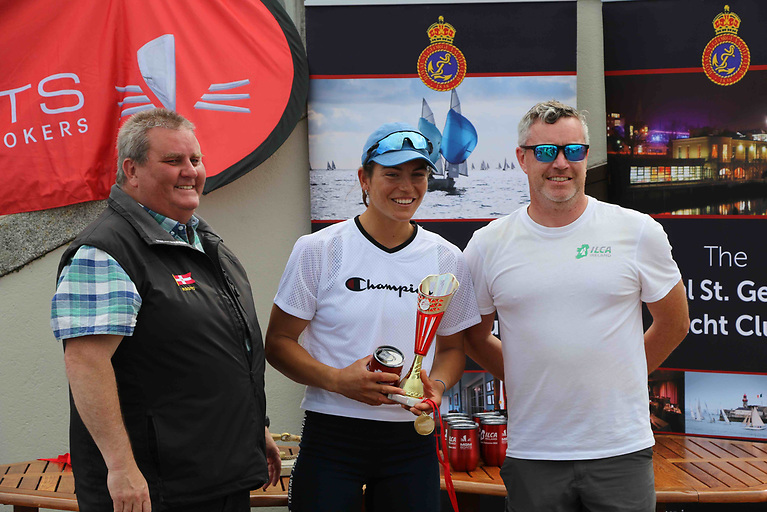 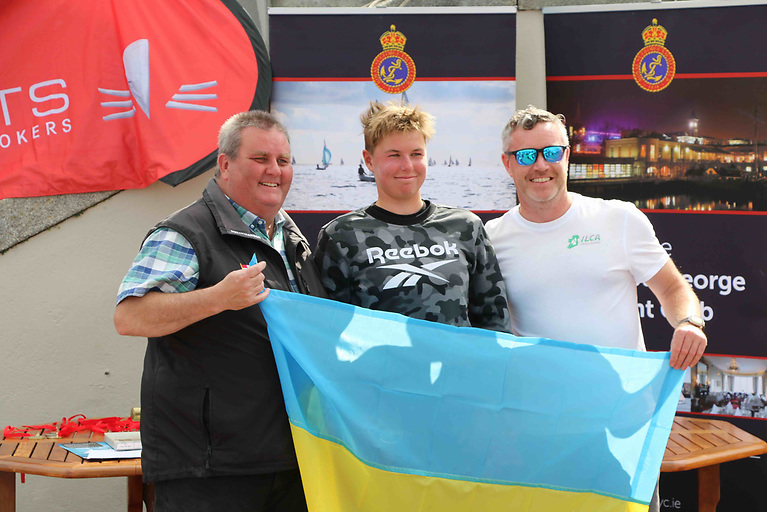 The ILCA 4 (4.7) fleet was led from the outset by Ballyholme Yacht Club’s Hannah DadleyYoung from Belfast Lough, securing two bullets and two firsts across the weekend to secure the championship. 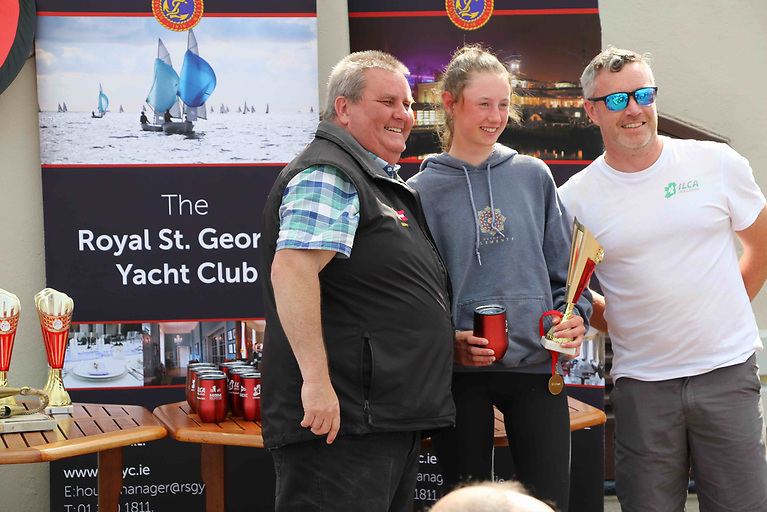 Second girl in 8th overall was Royal St. George’s Ava Ennis with third taken by Aisling Kelly of Rush Sailing Club who finished in 11th overall. The boys fleet was less clear-cut across the weekend. By the end of racing on Saturday Daniel O’Connor and Max Cantwell both of the Royal St. George Yacht Club were tied in second place on equal points. However, a second and first place in Sunday’s racing by their clubmate Krzysztof Ciborowski, saw him taking the boy’s category by just one point from Daniel with Max in third. 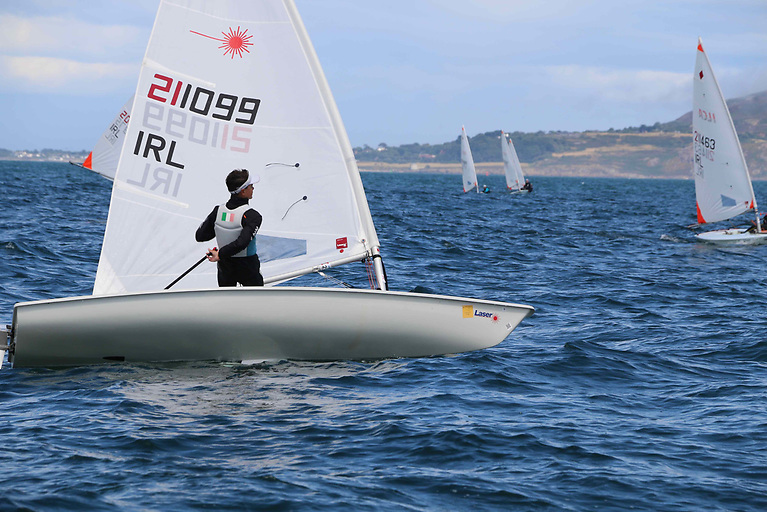 Seth Walker of the Royal St. George YC competing in the ILCA 4s division of the Leinster Championships 2022

The dominant feature of the weekend was the wind, creating a unique challenge for the race team lead by the compelling triumvirate of Harry Gallagher, Richard Kissane and Liam Dineene. Relatively consistent southerly breezes on Saturday meant that three races were delivered in quick succession. Sunday was a different story with 75-degree wind shifts after race 2. This meant that laying a proper course was extremely difficult with race officers and mark layers thwarted at every turn. The ILCA 7 fleet’s first attempt at a third race had to be abandoned. Finally, after some relaying of course and false starts, the race team decided they were beat and sent everyone home for prizegiving. 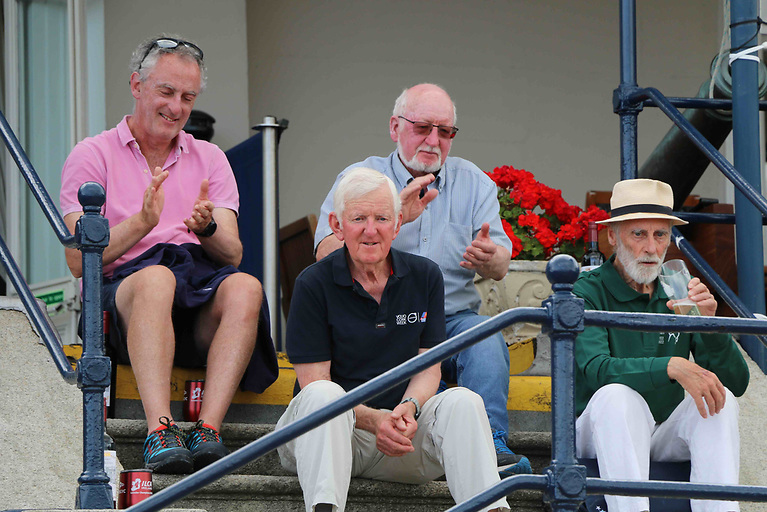 Event supervisor, Kevin Doyle, praised the entire race team saying “We were privileged to have such a competent race management team led by three national race officers. It is a testament to their good race management that our national jury Vincent Delany had no hearings to deal with after racing. The event team at the Royal St. George Yacht Club has proven once again that Dun Laoghaire is the premier location in Ireland for national events.” 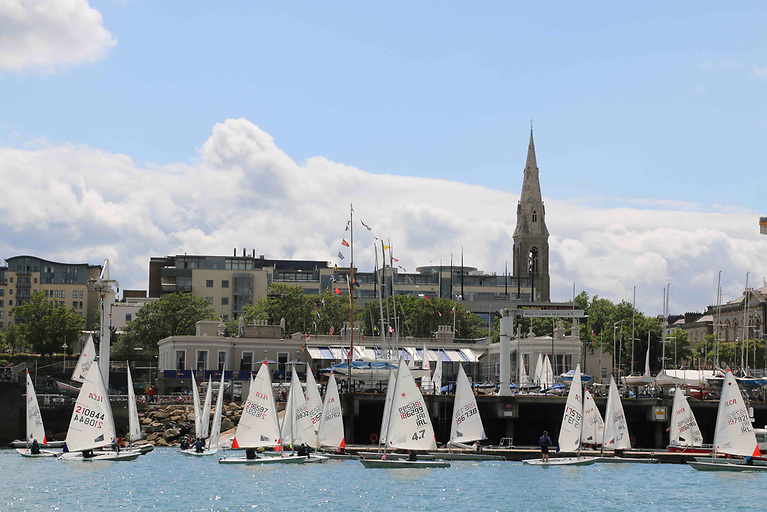